I’ve only gone and done it again. I’ve won ANOTHER competition! I honestly do not understand quite what is going on. I have never experienced such luck before, having only ever won one competition when I was very young, designing a school uniform (for a magazine I used to read, probably ‘Girl Talk’). The prize for that particular competition was a highly sought after, bang on trend yo-yo, which I was very pleased with at the time, but looking back, I now realise I was probably the only person to enter.

My faith in competitions was then on tainted, after entering and losing many, so I pretty much gave up until I started blogging, and as if by magic, in the past couple of months, I have won 5 competitions, and some pretty decent ones too. The £100 Topshop vouchers being the highlight.

So you can imagine my shock and excitement last night when I received an email from Joanna at A Cup Of Jo, telling me I had won her latest giveaway, confirming we are now onto win number 6.

I have won this gorgeous fashion sketchbook courtesy of Hokey Croquis which will come in immensely handy for my fashion course. Every page features a front and back view of a figure, ready to be clothed by your sketches. Also, when you photocopy the pages, the outlines disappear, and only your sketch is seen! Very clever. 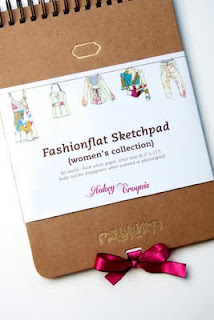 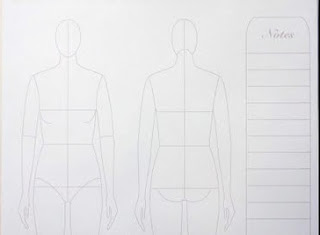 So as you can see I’m very very happy, and I contemplating entering something on a bigger scale. Maybe the lottery? Who knows? My luck could bring me millions. If only I had a pound in my purse to purchase the ticket…